Our team’s diverse experience in finance, project  development and administration, Hydropower plant operation and the energy business give us a distinct advantage in a highly competitive market.  We have a deep background in the management of all phases of project development: from initial site identification and pre-feasibility studies, to contract, design and procurement through to financial and corporate reporting.

We collaborate with local and international engineering and environmental consultants for the the development of new projects and continued improvement of operational standards. We hire locally and work with local vendors with respect to maintenance needs of our generating assets and thus continue to support the economies of the regions in which we operate. 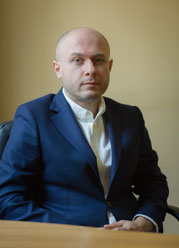 Vakhtang Ghonghadze joined Silk Road Energy from the date of its incorporation in 2011, having previously served as a Legal director of the Silk Road Group’s trading and transportation business arms beginning in 2004. Mr.Ghonghadze has also served as a senior legal counsel to number of SRG’s project development activities in the businesses of real-estate, sports media rights, others. In 2013-2014 he was a member of Supervisory Board at Silk Road Bank, JSC.

In 2002 Vakhtang Ghonghadze received his degree in Legal studies with honors from the Tbilisi State University and completed the LLM course in European Law studies in Georgia and Germany.

Until joining the Silk Road Energy he worked as a procurement specialist and financial manager in different private companies in Georgia specializing in construction and development of infrastructure. Mr.Lomadze received his bachelor degree of Business Administration (BBA) from the European School of Management in 2003. 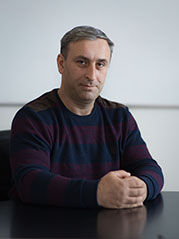 Zviad Chubinidze is our Chief Operation Officer and he joined BHP in April 2014 in the capacity of a technical director/chief operator and has managed to develop and establish a permanent staff of Bakhvi 3 HPP running daily operations of the power plant.

In 2001-2002, Mr. Chubinidze received his bachelor degree (with honors) and postgraduate degree in hydropower and industrial engineering from the Technical University of Georgia.